The Best Rhodiola Rosea Supplements On The Market Today

Rhodiola rosea is a natural herbal supplement that helps reduce stress and anxiety. People may use it if they’re working long hours at a high stress job, are a student up against constant deadlines, or just looking for a way to manage anxiety. There are plenty of rhodiola rosea brands on Amazon, but you should err on the side of caution if a company promises improvements on athletic performance, mental or physical fatigue, or depression when taking this supplement. More research needs to be done to back up these health claims.

This article will review common health claims surrounding rhodiola rosea and compare them to the research. Then we’ll help you find a rhodiola rosea supplement that works best for you. As always, speak with your healthcare provider before taking this supplement to make sure it won’t interfere with medications you’re currently taking, especially antidepressants.

What Is Rhodiola Rosea?

Rhodiola rosea is an adaptogen that helps the body adapt to stress. It’s a flowering plant that’s native to Eastern Europe, Asia, and other high altitude regions. Rhodiola rosea also goes by “golden root,” “rose root,” or “king’s crown” and has been used in traditional medicine throughout Russia and Scandinavia for centuries. According to the NIH, it was historically used for fatigue, anemia, impotence, headaches, infections, and depression. More recently, rhodiola rosea has gained attention for its therapeutic effects as an adaptogen.

There isn’t a substantial amount of scientific evidence to back up health claims related to rhodioa rosea’s use for athletic performance, and mental and physical fatigue. Yet studies show that it may moderately help with depression and reduce stress-induced fatigue and improve cognition. As with any supplement, it’s important to do a deep dive into the research to learn how it can specifically help you.

Diving Into The Research Behind Rhodiola Rosea

What are rhodiola rosea benefits? Rhodiola rosea has therapeutic potential, but more research needs to be conducted to back up some of the health claims being made about it. Some brands overhype the supplement’s effect on eliminating fatigue and improving physical performance — but studies fail to provide consistent evidence of these benefits.

Let’s take a look at the research behind rhodiola rosea.

A double-blind, placebo-controlled, randomized study tested rhodiola rosea extract and its impact on athletic performance. After one dose of rhodiola rosea, participants showed a slight increase in time to exhaustion. They did not show increased signs of strength or reaction time when compared to the placebo. When participants took the supplement for four weeks — results showed no improvement to physical performance measures.

There are mixed results from studies that test rhodiola rosea for physical performance and mental fatigue — most trials conclude that it “holds promise” for enhanced physical and mental performance without consistent evidence. Flaws in clinical trials limit accurate assessment of efficacy.

Studies on rhodiola rosea for anxiety are preliminary and should not be considered conclusive. A 2015 study tested rhodiola rosea extract on anxiety, stress, cognition, and mood on 80 mildly anxious participants. The group demonstrated reduced anxiety, stress, confusion, depression, and anger after 14 days. But there was one big caveat: the study was self-reported and did not include a placebo. The researchers could not conclude a causal relationship between rhodiola and its impact on anxiety.

Another preliminary study tested rhodiola rosea on ten people to find that it significantly reduced anxiety after seven months. These findings warrant further research of the supplement for anxiety as this study did not include a placebo, control group, or blinding.

A 2007 study published in Nord J Psychiatry found evidence that rhodiola rosea may reduce symptoms of depression. A six week, randomized, double-blind, placebo-controlled study included 89 participants who were selected based on their answers to Hamilton Rating Scale for Depression (HAMD) questionnaires. Those who scored between 21 and 31 were randomized into three groups. Groups A and B were given different doses of rhodiola rosea extract and showed improvements with depression, insomnia, and emotional stability. Group C took a placebo and did not show the same improvements.

How Much Rhodiola Rosea Should You Take?

The dose for rhodiola rosea varies depending on the product and brand. The daily dose ranges from 170 mg to 680 mg, with 300 mg being a good middle ground. A single dose generally shouldn’t exceed 500 mg, although in practice dosages can vary depending on how much of the active ingredients a given supplement contains.

One dose should contain 3% rosavins and 1% salidroside (more on that below) so that you’re getting the most out of the active ingredients. You can take it in two doses, but it’s best to avoid taking the supplement before bed as it has a stimulant effect, similar to a single cup of caffeinated tea.

Are There Side Effects Of Rhodiola Rosea?

Most studies report little to no side effects when taking rhodiola rosea, but a relative few people will experience dizziness, headache, nausea, or dry mouth.

Consult your doctor before taking rhodiola rosea if you:

Rhodiola is not a treatment for clinical anxiety and depression, rather a therapeutic alternative to help regulate stress. Severe mental health conditions should be cared for by a doctor.

What To Look For To Find The Best Rhodiola Rosea Supplement

Rhodiola rosea supplements can come in capsule, softgel, liquid extract, and powder form. Personal preference dictates how you want to take it, but powder form is generally a higher concentration with quicker absorption, and possibly easier on the stomach. The powder form may have a strong, bitter taste, which can be hidden when mixing into a chocolate protein shake or a fruit smoothie.

Zoom over to the supplement facts of the rhodiola supplement, and you should find two important compounds called “rosavin” and “salidroside.” Rosavin is found in the root of the plant and distinguishes rhodiola rosea from other rhodiola species. Rosavin is an active compound that helps reduce stress.

Salidroside is also found in the root of the plant. It’s studied for rhodiola rosea’s antidepressant effects, in particular, eliminating stress-induced eating disorders. Salidroside is common to most other rhodiola species.

Rhodiola rosea also acts as a stimulant with rosavin and salidroside acting as active ingredients. Research suggests that there is a synergistic effect between salidroside and rosavin in rhodiola rosea — the compounds are more effective together than alone. While you’re reading the supplement facts, look for a root extract containing at least 3% rosavins and 1% salidroside. These compounds are key to rhodiola rosea’s therapeutic impact on the body by supporting stress and interacting with brain chemicals to improve cognition. If the rhodiola product doesn’t contain both of those compounds, put it back on the shelf.

For reference, a 2016 study in the United Kingdom found that 20% of products that claimed to be rhodiola rosea did not contain rosavin. They were mostly fake. This problem is likely to be even more prevalent in the United States where supplements are only lightly regulated. Only purchase rhodiola products that specifically advertise rosavin and salidroside content and look for companies that show test results from independent labs.

What Is The Best Brand Of Rhodiola Rosea?

The label on some of these brands may overhype rhodiola’s ability to reduce mental and physical stress. This supplement works differently for everybody. Its primary use as an adaptogen is to support the body’s reaction to stress, anxiety, and depression.

Solaray meets all our standards for a safe and effective rhodiola rosea supplement: it’s lab tested and contains a significant amount of rosavins and salidrosides. At 500 mg per capsule, Solaray’s Super Rhodiola root extract is strong enough to take once a day. This supplement is non-GMO, vegan, and lab-verified for potency and purity. People who reviewed this product say that these rhodiola capsules raise energy and improve mood. We like that you can take it in the morning and not worry about ingesting another pill during the day. It’s great value too since you only have to take it once a day — you’re getting 60 capsules for $15.99.

MicroIngredients Tibetan Origins rhodiola powder is an excellent option if you’re over taking pills. It’s easy to add to a morning smoothie or midday energy shake. There are mixed customer reviews regarding the taste of the powder. Some reviews report that the taste is mild to non-existent. Others say it has a strong bitter taste that can be eased when mixing with other flavors such as lemon juice or papaya powder. The brand recommends taking one scoop, two to three times a day. Each pack has about 125 scoops. The powder form is strong — one serving is 400 mg, and contains 12 mg of rosavins and 4 mg of salidrosides. This product has no GMOs, additives, preservatives, fillers, or gluten.

Nature’s Way is a reputable brand that’s been creating dietary supplements since 1969. A 250 mg capsule of rhodiola rosea contains 7.5 mg of rosavins and 2.5 mg of salidrosides. That’s pretty good! The brand suggests taking one capsule twice a day with breakfast and lunch — in a bottle of 60 pills, this should last you a month for $17.35. We like that Nature’s Way uses an independent testing program to ensure the authenticity of the supplement. The TRU-ID validation label reinforces that the standardized Rhodiola featured on the label matches what’s in the product.

Thorne Research rhodiola capsules snag our vote for runner up when it comes to this herbal supplement. It’s a great option if you want to start with a low dose per capsule. This product has stellar customer reviews, with most people agreeing that it helps improve mood and focus while reducing stress and anxiety. The recommended dose is one 100 mg capsule, three times a day. Our red flag is that while it’s Amazon product info says it contains 3% rosavins, it’s not clear about the rosavin/salidroside ratio, or if it contains salidroses at all. It also contains fillers and does not mention being lab tested for ingredient validation.

We found the best rhodiola rosea supplements on Amazon, but keep in mind that more research is needed to learn about its impact on the body. We think rhodiola rosea is promising for depression, stress, and anxiety, but we don’t have enough evidence to back up claims regarding its effect on physical performance.

While studies are flawed on taking rhodiola rosea for mental and physical fatigue, the data is encouring regarding stress-induced fatigue — meaning it may be helpful if working long hours at a high stress job. 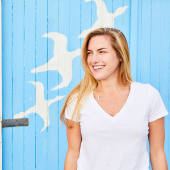 Marina is a freelance writer who's written for Business Insider, Thrillist, Fodor's Travel, and TripAdvisor. She covers a variety of topics including travel, health, business, and lifestyle. You can follow her on Twitter https://twitter.com/marinajane19