Home » Science » Kratom Powder, Kratom Extract, And Kratom Capsules Dosage, Plus How And When To Take Kratom

Kratom Powder, Kratom Extract, And Kratom Capsules Dosage, Plus How And When To Take Kratom

Kratom is a plant-based dietary supplement that people have turned to for relaxation and social enhancement, relief from pain and anxiety, and even as a tool to wean off of harder drugs such as heroin and methamphetamine. Kratom comes from the leaves Mitragyna speciosa tree, which grows in Southeast Asia; kratom has long been a folk remedy (and opioid alternative) used in the region.

Use in other countries began to take off in the early 2010s as people began experimenting with kratom tea to treat heroin withdrawal and provide a legal alternative to opioid highs. Advocates on Reddit and elsewhere also touted kratom’s anxiety and pain relief properties. For a full list of kratom effects, check out our kratom strains chart.

Kratom’s growing popularity drew the attention of regulators, including the Drug Enforcement Agency, with moved toward banning it in the United States. That effort faltered (so far), leaving kratom legal at the federal level, though some states have banned Kratom outright; other countries have their own laws and regulations. Because kratom is sold in the U.S. as a dietary supplement, it’s almost entirely unregulated in terms of quality and safety—something would-be users should know. (For example, authorities connected kratom to a salmonella outbreak in 2018.) That said, there are some general tips for taking kratom.

How To Take Kratom

Because it’s a plant, people can take kratom in many different ways, from capsules to tea to powder. There’s no objectively best way to take kratom, as each has its pros and cons.

Kratom capsules are a convenient way to measure dosage and can be filled with either kratom extract or kratom powder. Kratom extract contains the distilled plant alkaloids while kratom powder is simply powdered leaf, which comes in larger capsules convenient for reaching higher doses. Powder is less expensive than extract, and can also be used in tea. A kratom dosage chart, like the one below, can help translate between powder and extract doses.

Tea is an easy way to take kratom, by adding hot water to powdered leaves. Make sure all of the powder has dissolved evenly in the water. Kratom tea tends to have a very bitter taste, however; most people add a lot of sugar or honey to make the taste bearable; you’ll need to drink all of the tea to get all of the kratom. Similarly, kratom powder can be added to food such as applesauce or chocolate; it’s just as effective that way, and you can try different foods to cut the bitter taste.

Probably the most challenging way to take kratom is known as “toss and wash”: simply spooning powder into your mouth and washing it down with some sort of liquid. A mouthful of dry powder is not easy to swallow, and it’s very easy to end up blowing the kratom out of your mouth. If you choose this method, be sure to keep drinking water—kratom is a diuretic, which means it dries out your body. Whenever and however you take it, you should be sure to stay well hydrated.

How much kratom to take varies from person to person. First-time users will need to spend some time figuring out what strains, dose, and frequency works for them, based on their own personal reactions and the desired effect. If you want a relaxing but energetic mood enhancer, for example, you might start with bali kratom, which has less of a sedative effect than traditional red kratom strains.

Generally, the best kratom boosts energy and enhances mood at lower doses, then becomes more sedative at higher doses—take this into account when calculating your kratom dose. Since kratom can be taken in different forms, we can compare across them by talking in grams.

Users generally agree that if you’re new to kratom, a light dose of one to two grams should be energizing, while three to four grams will make you feel sedated. Higher than that and you may feel nauseated—a big part of finding your kratom dosage is taking the minimum effective amount. (Experienced users may develop tolerance, meaning their doses will be higher. More on this later.)

Knowing how many grams you want to take lets you convert into different forms of kratom, using a kratom dosage conversion chart, like the one below. So if you know that your kratom powder dosage is between one-half and three teaspoons (an average dose), you can convert that to your kratom extract dosage by comparing how many active grams are in each.

This is necessarily an inexact science, as suppliers can vary, but it gives you reasonable guidelines to start. Again, finding the right dose will take time—experienced users recommend keeping a journal of your attempts.

How Often To Take Kratom

Once you’ve taken your dose, you’re probably going to wonder how long it takes for kratom to kick in. You should notice effects 20-60 minutes after you’ve taken it. A full stomach can delay effects, so you want to avoid taking it directly before or after a meal. If you’re taking capsules, citric juices (lemon or grapefruit) will promote gastric enzymes that break down the capsules in your stomach, speeding the process.

Once it kicks in, you should feel kratom effects for three to six hours. You may experience side-effects such as nausea, headache, and constipation, especially at higher doses. Drink water!

After the drugs passes through their system, a small number of users report a kratom hangover. Like other hangovers, it’s a feeling of malaise after you’ve overindulged. In the case of a kratom hangover, it usually means nausea and headache. It might include lethargy and disordered sleep. The best way to avoid a kratom hangover is to keep your kratom doses low and drink plenty of water to avoid dehydration.

How long should you wait between kratom doses? That depends on your purpose, and how concerned you are about managing kratom tolerance. If you’re just trying kratom to relax every once in a while, you likely won’t have to worry as much about developing kratom tolerance or feeling withdrawal symptoms. Someone taking kratom for chronic pain relief or for opioid withdrawal is likely to take kratom multiple times a day.

Regular kratom dosing will likely lead to tolerance—meaning you need more kratom to get the same effect—and withdrawal symptoms if you try to taper your use. It’s helpful to take breaks from regular kratom use to mitigate tolerance; keeping your doses as low as possible will also help.

Luckily, most users report that kratom withdrawal is easy to manage with hydration, exercise, vitamins, and a few other remedies. The process takes three to five days before your body returns to a healthy equilibrium.

How long does kratom stay fresh? Storing kratom is easy: just keep it cool and dry, to prevent moisture from causing mold. Do not put it in the freezer, as that will cause condensation. Otherwise, your kratom should last for a long time.

Note: Kratom legality varies by U.S. state and by country. Read up on where Kratom is legal before purchasing. All the information in this article is for entertainment purposes only. Consult with a physician before taking kratom. 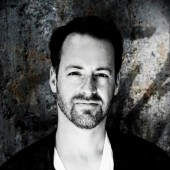 Jesse Hicks writes about science, health, and technology. His work has appeared in The New Republic, Politico, Harper's, and many places online. He's on Twitter: @jessehixxx.