Green tea has been associated with many health benefits, and epigallocatechin-3-gallate (EGCG) appears to be the main compound responsible for the positive impact. Although EGCG is commonly found in green tea, there are also EGCG supplements and extracts that offer a higher concentration of this compound.

So, what does EGCG do? Well, read on to find out how consuming EGCG green tea extract benefits your health and whether it can help with weight loss and longevity.

What Is EGCG? – Benefits and Mechanisms of Action

EGCG is the most potent out of four catechins found in green tea. Other catechins include epicatechin, epigallocatechin, and epicatechin-3-gallate, but their effects are not as extensively studied. What we do know is that these compounds have strong antioxidant properties, and they seem to have several minor health benefits. So, what is EGCG good for?

What Is EGCG Good For?

Benefits of EGCG include a minor increase in oxygen uptake, blood flow, and a reduction in diastolic blood pressure. EGCG also has the potential to reduce heart rate and modulate cerebral blood flow. However, these effects are likely to be canceled out by caffeine found in tea.

There is substantial evidence for EGCG antioxidant effects, which can protect cells from oxidative damage by free radicals.  The long-term significance of this, in terms of EGCG supporting life extension, is still unclear.

It seems that green tea supplements could help manage diabetes through increased insulin sensitivity, reduction of “bad” LDL cholesterol, and improved glucose and “good” HDL cholesterol homeostasis. Some studies propose that EGCG could have anxiety-reducing effects through a pathway including GABA receptors.

Another interesting property of EGCG is its ability to stimulate the activity of natural killer cells, as well as promoting cell apoptosis. These actions protect the body by removing diseased, damaged, and old cells. As such, the effects of EGCG may have anti-cancer and anti-aging benefits. However, these studies have mostly been done on rodents.

Some studies show that EGCG benefits weight loss, but we’ll talk more about it in a section below.

It is also essential to mention that most of the cited EGCG health benefits are minor and that studies examining them in humans are scarce. More evidence is needed to draw definite conclusions about EGCG and green tea extract supplements.

EGCG in Green Tea and Matcha: Which Teas to Drink

A review examining catechin content in 18 different teas found the highest concentrations of EGCG in green tea. These results didn’t come as a surprise, but interestingly, decaffeinated teas only had a fraction of EGCG compared to standard versions. It appears that the decaffeination process also removes catechins, so if you are trying to consume EGCG without caffeine, supplements would be the best choice.

Matcha is a powdered type of green tea commonly used in Japan. It is regarded as the finest-quality tea, and research has shown high concentrations of antioxidants and anti-inflammatory compounds of this beverage. In fact, one study found that concentrations of EGCG in matcha are at least three times higher compared to best quality green teas.

Studies show that EGCG consumption on an empty stomach increases absorption, which results in higher bioavailability. So, it’s best to drink your matcha or green tea before meals.

Are There Other Sources of EGCG?

If you are not a tea person and you are looking for good EGCG foods, you may be disappointed to find that teas are by far your best option. Small quantities of EGCG can be found in nuts and fruits like apples, avocados, pears, cherries, peaches, and berries. However, EGCG content in these foods is low, so consuming them won’t get you the quantity needed for noticeable health benefits.

EGCG benefits weight loss in a few ways.  First, it seems to increase fat oxidation and energy expenditure, which are both important for weight loss. Interestingly, caffeine enhances these effects, which is one of the reasons green tea is often advertised as a good aid for losing weight. Another study showed that green tea could decrease carbohydrate absorption in the intestines highlighting EGCG’s weight loss potential beyond reduced energy expenditure and fat oxidation.

Even though EGCG can stimulate a few processes in the body, the effects are minor, so don’t expect any miracles. Make sure to take it before meals to increase its bioavailability and maximize its weight loss benefits.

It is important to keep an eye on EGCG dosage, as most studies examining EGCG effects in humans found 400-500 mg per day to be a minimal dose for experiencing health benefits. And while some people advise going way over 500 mg/day, the European Food Safety Authority (EFSA) warns that consuming over 800 mg/day could lead to EGCG side effects such as liver damage, so more studies are needed to establish general recommendations concerning daily EGCG consumption.

Green tea EGCG content is usually 50-100 mg per cup, so you should be fine unless you decide to drink abnormal quantities. And while EGCG supplement benefits are well recorded, you need to be careful as you can easily go over 800 mg/day with just a few capsules. Safety assessments found no adverse health effects for EGCG intake below 600 mg/day, so we can assume that these levels are acceptable until more data is collected.

After consuming EGCG, peak plasma concentrations are reached in one to two hours. Half of it is removed from your body in three to four hours, while it takes a full day to eliminate it.

EGCG has mild blood-thinning effects, which may be beneficial for people prone to heart attacks and other cardiac events, but may not be good for those who have problems stopping the bleeding. On the other hand, vitamin K found in green tea can reduce the effect of blood thinners such as warfarin, but you can avoid this by using green tea extract. 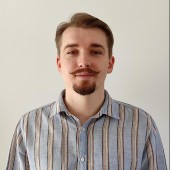