Home » Science » How Does Kava Work? The Science Behind Kava, Stress Relief, Depression, Opiate Withdrawal, And Other (Supposed) Benefits Of Kava

How Does Kava Work? The Science Behind Kava, Stress Relief, Depression, Opiate Withdrawal, And Other (Supposed) Benefits Of Kava

Kava is a natural substance that has been used for centuries as an herbal anxiolytic and as a substitute for alcohol. The health benefits of kava have made it increasingly popular in recent years. The various benefits of kava include:

How Does Kava Work?

The active ingredients in kava are kavalactones—these are absorbed into the bloodstream. They have a relaxing, slightly euphoric, and sedative effect on the body. However, they are not true sedative because they don’t work in the brain directly. Kavalactones have anxiolytic properties that are delivered through modulation of gamma-aminobutyric acid (GABA) receptors and other excitatory neurotransmitters. This is in addition to the inhibition of monoamine oxidase B and inflammation.

Kava is commonly used as an alternative to sleep medication. The relaxing effects can help to curb insomnia. One study found that kava alleviated stress-based insomnia. Another study found that kava was effective in reducing anxiety and improving sleep quality. The best kava for sleep will have a high potency. It’s safe to say that the answer to “does Kava help you sleep” is: quite possibly.

Kava can also be used for alcohol withdrawal. This is because they both evoke similar feelings in terms of relieving anxiety and experiencing mild euphoria. However, unlike alcohol kava is not physically addictive which makes it ideal for those struggling with withdrawal. Early findings have shown that kava could reduce cravings.

Opiate withdrawal can be incredibly difficult to overcome. The muscle relaxant and sedative effects of kava mimic the effects of opiates which helps to deal with harsh withdrawal symptoms. Using kava for benzo withdrawal therefore makes sense since both substances have similar effects. More research is needed to identify long-term effectiveness, but there are plenty of anecdotal reports that highlight the effectiveness of using kava to help with opiate withdrawal. So the answer, to “does kava help with opiate withdrawal?” is that it’s at least worth looking into.

There is some evidence for kava depression fighting benefits. A study from 2009 found that Kava had a positive impact on reducing depressive symptoms. Insomnia and anxiety are known to be factors in causing or worsening symptoms of depression and Kava is known for reducing levels of both.

A major reason why kava is becoming so popular is because of its effectiveness at providing stress relief. It is known for producing a calming, relaxing effect and reducing stress levels.

This is the basis for kava stress relief benefits, and also makes it helpful to use kava for social anxiety. In general, it is also less addictive in comparison to anti-anxiety medication.

Some people use kava for pain relief. Kavalactones are known to have pain-killing and anti-inflammatory properties. This means it may help deal with all types of pain around the body, and higher doses can produce a sedative effect. In particular, kava is seen to be highly effective in dealing with chronic nociceptive pain which can usually be the most difficult to treat with conventional medication in the long-term.

Another benefit of kava is that it may provide help for men dealing with premature ejaculation. Some reports claim that kava can increase blood flow to the penis. There are also anecdotal reports from users that have witnessed an increase in general sexual performance. However, studies are needed to confirm this.

The relaxing anti-anxiety effects of Kkva can also help to curb performance anxiety which can be a cause of premature ejaculation. Therefore, there may be a link between kava and sex.

GABA, dopamine and serotonin are all important chemicals that dictate your mood and general feelings of well-being. GABA is a neurotransmitter known for providing a calming effect, and kava has been shown to affect GABA activity by increasing the binding affinity of GABA receptors. This effect helps to reduce symptoms of anxiety and stress, and is the basis for kava social anxiety usage.

Dopamine and serotonin are both neurotransmitters that contribute to physical and mental well-being. In conditions such as depression there can be an imbalance with both of these chemicals. Thus far, studies have shown inconsistent effects on both with kava, but there is some evidence that it could help contribute to a better balance. Overall, anecdotal reports point to individuals having success in using kava for depression.

Kava is also known for being a muscle relaxant. This can help to ease conditions such as muscle twitching and restless leg syndrome which are both known to contribute to insomnia. A higher dose elicits a greater sedative-like effect.

Looking To Buy Kava? Read Our Review Of The 5 Best Kava Products 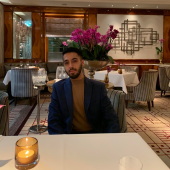 Dil is an experienced SEO Copywriter and digital marketing specialist based in the UK. He has written for various niches, including Law, Real Estate, Tech, SaaS, Lifestyle, and Supplements. He particularly enjoys writing about wellness and is always looking out for new products in this industry that may enhance quality of life. Dil is currently studying a masters in marketing at Glasgow University. In his free time, he enjoys traveling and keeping active.