People spend a lot of time and money trying to fight the external signs of aging. However, what we should really be focused on is fighting aging internally. Over the last quarter century, scientists have made some major discoveries about how we age on a cellular level. The most significant of these discoveries is the crucial role played by a molecule called nicotinamide adenine dinucleotide, or NAD+. The hard data we currently have indicates that deficient biosynthesis of NAD+ plays a significant role in the aging process by hindering energy production, DNA repair, and genomic signalling. Not surprisingly, NAD+ depletion has also been scientifically linked to a number of age-related diseases, including age-associated metabolic disorders, neurodegenerative diseases, and mental disorders. While there is currently no definitive scientific data about the benefits of supplements that boost NAD+, in theory they could mitigate the effects of cellular aging, conferring a number of noticeable health and wellness benefits. The trick is finding an anti aging supplement that actually works. Luckily, a company called Elysium Health has created a supplement called Basis that can increase NAD+ levels by a whopping 40 percent.

Nicotinamide adenine dinucleotide, or NAD+ for short, is a coenzyme found in all living cells. It performs two basic but essential tasks in the human body. First, NDA+ plays a key role in cellular metabolism by helping to turn nutrients into energy. Second, it functions as a kind of helper molecule that activates special proteins called sirtuins.

Often referred to as the “guardians of the genome,” sirtuins are basically the CEOs of your cells. They regulate all cellular activity, including the protection and reproduction of DNA. Sirtuins require NAD+ to work. However, our NAD+ levels decline with age. As a result, our cells start to lose energy, and some start to malfunction, leading to various age-related conditions.

Fortunately, scientists have discovered that NAD+ levels can be increased through supplementation of nicotinamide riboside, a highly efficient precursor to NAD+, and pterostilbene, a powerful polyphenol created by plants. And a 2017 study published in the journal Science found that boosting NAD+ levels in mice actually reversed the signs of aging in the tissue and muscles of older mice. In fact, the reversal was so drastic that researchers could no longer tell the difference between four-month-old mice and two-year-old mice.

Though hardly conclusive, this study suggests that boosting NAD+ levels in humans could have incredible health benefits.

Elysium health is not like most supplement companies. It was founded by Dr. Leonard Guarente, director of the Glenn Center for Biology of Aging Research at MIT. It was Dr. Guarente who made the critical discovery about the relationship between sirtuins and NAD+. Along with Dr. Guarente, Elysium Health has a scientific advisory board that includes eight Nobel Laureates. Their goal is to use the latest scientific advancements in the field of cellular aging to create products that can actually improve people’s lives. And Basis is their flagship product.

Basis is a proprietary formulation of crystalline nicotinamide riboside and pterostilbene, which the human body converts into NAD+. In a double-blind, randomized, placebo-controlled clinical trial, it was demonstrated that, on average, Basis increases NAD+ levels by 40 percent safely and sustainably. These elevated NAD+ levels won’t stop the aging process. However, they will promote a healthy cellular aging process by activating sirtuins, supporting energy production, maintaining healthy DNA, and supporting hundreds of other essential processes in your cells. All of this should allow people who are in good health to maintain it longer, and thus age better.

Basis is designed for long-term use by adults of all ages. Each bottle of Basis contains 60 caplets. Each caplet is vegetarian, vegan, gluten-free, nut-free, and contains no artificial colors or flavors. They contain 250mg of crystalline nicotinamide riboside and 50mg of pterostilbene, which have no known side effects. Elysium recommends taking two capsules in the morning, with or without food.

NAD+ supplements are all the rage among people looking to boost energy, improve memory and critical thinking, and generally feel better on a daily basis. Elysium Health does not claim Basis will do any of these things, because the science is not there yet. But ironically, that’s exactly what makes Basis such a trustworthy product: a genuine commitment to science over marketing, and health over profits.

So If you’re interested in giving NAD+ anti aging supplements a try, we recommend you click here to take a closer look at Basis from Elysium Health. 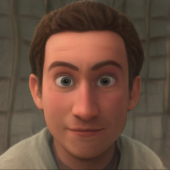