We were intrigued by the fact that the TruBrain supplements were designed by UCLA neuroscientists, and ultimately wanted to see what benefits they had to offer. So, below we’ll discuss a little bit more about these TruBrain drinks, what’s included in them, and ultimately, how effective they are.

TruBrain contains 6 different formulas designed to enhance cognitive performance and mental health. These personalized drinks come in 1oz “shot” forms and are designed to fit your unique needs. The six drinks they have are:

Obviously, the ingredient profile depends on which formula you’re looking at. But there are some similar ingredients across formulas. For example, Mellow, Medium, Strong, and Extra Strong (what I would call their four “main” nootropics) all contain:

There are also a few ingredients that make each of these unique. For example:

Noopept is a piracetam derivative that can increase BDNF and NGF while acting on acetylcholine and other neurotransmitters, thus boosting mood, alertness, and overall cognition.

Plus, carnitine and centrophenoxine help to increase levels of acetylcholine in the brain, which improves learning, focus, and memory.

We also liked to see tyrosine included, which can significantly boost dopamine and norepinephrine levels, thus boosting mood and alertness while fighting against stress, fatigue, and anxiety.

In these four, we also see magnesium glycinate, a chelated form of magnesium. This mineral can decrease stress and anxiety while also aiding many aspects of brain function, such as learning and memory.

Another staple ingredient included is theanine. This amino acid has been proven to increase GABA, serotonin, dopamine, and alpha waves in the brain; and it has been shown to reduce stress and anxiety while improving focus and concentration.

Adrafinil has been shown to increase norepinephrine and offers an overall stimulating affect, thereby improving alertness, attention, and energy.

Another unique ingredient is uridine monophosphate, which has been shown to boost some neurotransmitters (e.g. dopamine) while also stimulating the growth of new synapses in the brain.

Last but not least, we see caffeine in two of the products, which has long been known to enhance alertness, mood, and productivity, largely due to its ability to block adenosine and increase dopamine, serotonin, and norepinephrine. Caffeine is particularly beneficial when combined with theanine for a balanced, calm focus.

Now, the other varieties, Sleep and Mushrooms, are just different altogether and are more “specialized” nootropics. You can check out all the TruBrain products here.

The Sleep variety has:

Cannabidiol has a number of effects on the brain and rest of the body and may be able to improve sleep due to its anxiolytic effects.

GABA is an inhibitory neurotransmitter, but supplemental GABA is not great at crossing the blood-brain barrier, so it typically isn’t very effective.

Melatonin is THEE classic sleep ingredient, since it’s the body’s primary sleep hormone. It has been shown to decrease sleep latency while improving overall sleep quality, but not as much in people with mental health disorders.

Finally, we see 5-HTP, which increases levels of serotonin in the brain and can improve mood while reducing stress and anxiety in some cases.

And the Mushrooms variety has:

Both Lion’s Mane and Rhodiola are adaptogens, so they help to normalize the stress response in the body, while fighting against fatigue, stress, and anxiety and enhancing energy levels.

Guayusa is a stimulant and also a pretty solid antioxidant, so it can improve focus, alertness, and attention.

Finally, rosehip is rich in antioxidants and can promote overall health and wellness.

Trying Out The Products

As a result, we were interested in trying out these products and seeing what they offer. So, we looked at just one of the first four (Boost/Strong), as well as the Mushrooms and Sleep varieties.

After taking the Boost/Strong formula, we definitely noticed some improvements in alertness, mood, and overall cognitive performance, as well as a little bit less stress and anxiety. It certainly wasn’t a cure-all, and there wasn’t anything very noticeable for memory, but it definitely helped to moderately improve daily functioning and performance. And there weren’t really any jitters from the caffeine (likely since there was theanine in there).

Based on the ingredient profiles of the other three “main” formulas, those should offer similar benefits here, with slight differences depending on which formula you choose. It all just depends on the level of energy you want; the very stimulant-sensitive should choose Mellow/Flow or Medium/Non-Caff, but for those who want a great jolt and boost, Extra Strong is your best bet.

We also tried the Mushrooms and Sleep formulas, both of which delivered pretty good benefits too.

The Mushrooms formula definitely led to a decent increase in energy levels and focus, while also appearing to tone down stress and anxiety a bit, although this wasn’t greatly noticeable.

The Sleep formula also led to some benefits, particularly when taken on a regular basis. We noticed little bit less stress and anxiety, as well as an easier ability to stay asleep a little longer. And this led to feeling more refreshed the next day, which was nice!

Overall, we like the TruBrain products and think they are definitely effective as nootropics. They are pretty pricey though, and some of the ingredients ideally would have more research in humans. But overall, we noticed some key benefits from these supplements. Nothing that was miraculous, but, depending on the product, just a nice boost in focus, alertness, attention, energy, decreased stress and anxiety, or improved sleep. And sometimes that little boost is all you need. If you want to try them, you can do so here. 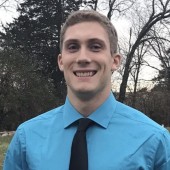