Home » Insights » We Review The Use Of NAC For PCOS

We Review The Use Of NAC For PCOS

When it comes to managing PCOS, most women are prescribed certain drugs like metformin or Clomid as a first line of treatment. However, some women wish to explore naturopathic solutions that can be taken alongside standard treatment to help manage their condition further.

One of the most popular supplement-based forms of treatment for treating PCOS is N-acetylcysteine (NAC). NAC is a potent antioxidant that has been shown to effectively reduce inflammation and oxidative stress. In fact, research has shown that it can improve ovulation and the pregnancy rate of infertile women.

In this article, I’ll explain the connection between NAC and PCOS further and review relevant studies that support the use of NAC as a form of treatment for this condition. I’ll also discuss what the best NAC dosage for PCOS is based on current research.

Polycystic ovary syndrome (PCOS) is a hormonal disorder in which the ovaries produce excessive amounts of male sex hormones known as androgens. This hormonal imbalance results in irregular or prolonged menstrual cycles, and in some cases, women do not produce enough of the hormones required to ovulate. When ovulation does not occur, the ovaries can develop many small fluid-filled sacs or cysts and fail to release eggs, which reduces a woman’s chances of becoming pregnant.

PCOS affects almost 20% of women of reproductive age. A woman can develop PCOS at any age after puberty, but most women are diagnosed in their 20s or 30s while trying to conceive. Some women with PCOS do not have cystic lesions, while others have ovarian cysts even if they do not have PCOS.

This condition is thought to be caused by irregular androgen production as a result of the ovaries going into hyper-production mode. According to one study, defective granulosa cells contribute to androgen overproduction. These cells are frequently associated with the development of female gametes in the ovary and this cellular dysfunction directly impacts processes in the female reproductive system.

Researchers in the above study used differential expression profiling of granulosa cell cDNA to detect PCOS abnormalities. They discovered a plethora of complex factors to blame for biological function disruptions which included the regulation of fatty acid metabolism, insulin and kinase signaling, and cell-cell signal transduction. However, the most common disturbances were immune and oxidative metabolism, including oxidative stress and inflammatory responses.

Women with PCOS are typically prescribed birth control pills and diabetes medications, such as metformin, which combats insulin resistance. These can help fix hormonal imbalance and alleviate associated symptoms. However, some women seek natural supplementation in addition to conventional treatment, with one of the most popular options being NAC. NAC has recently gained popularity as an effective treatment for PCOS as it is a potent antioxidant that has been shown to effectively reduce inflammation and oxidative stress.

Women with PCOS experience high inflammation levels and oxidative stress and NAC boosts antioxidant activity in the body by catalyzing glutathione production. The increase in glutathione levels leads to a decrease in inflammation. As a result, there’s no inflammatory damage to the cells and tissues which is why standard PCOS treatments should incorporate NAC supplementation.

What Does Research Say About Using NAC For PCOS?

Several studies have supported the use of NAC for PCOS. Researchers have found that NAC can lower BMI and testosterone levels, improve ovarian function, promote ovulation and conception, as well as reduce oxidative toxicity, apoptosis, and calcium entry.

What Is The Standard NAC Dosage For PCOS?

The variability of patient conditions limits the standardization of NAC dosage for PCOS. But, according to most studies, the ideal dosage is around 1,200 mg/day. However, the following studies prescribed 1,800 mg/day:

While dosages as high as 1,800 mg/day do not appear to have any adverse side effects, we recommend that you consult your doctor first before taking NAC for PCOS.

Also read our article on the best NAC supplements!

Editor’s note: we are regularly updating this article. If you see any problems, weird interpretations of the data, or just want to say hi, please reach out to hello@the-unwinder.com.

Photo by Karolina Grabowska from Pexels 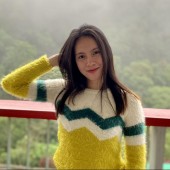