A lot of it comes back to Gwyneth Paltrow’s vagina. She’s steaming it, she’s putting jade eggs and $15,000 sex toys in it, she’s selling a candle that smells like it. Along the way, she’s made the press obsess over it, and either because or in spite of that obsession, has built an empire likely worth around a billion dollars.

Goop’s controversies don’t end there. The company has settled multiple lawsuits around their health claims, been brushed back by the FDA and state-level consumer watchdogs, held an under-attended cruise, and saw business struggles overseas. Even something as reasonably priced as a $5,700 goop summit seems to cause issues with somebody.

The question is – how does this controversy square with Goop’s runaway business success? In spite of it? Because of it? This article will serve two purposes. One, it is a little fun to relive these incidents. As Vanity Fair put it, “side-eyeing [Paltrow] is an American past time.” But more importantly, we’ll look at how all of it – the steady drumbeat of news, good and bad – is part and parcel with her success. How the controversy squares with the business metrics. (For example, goop news items are always the most clicked of any company featured in this newsletter).

Ours is an age of information abundance, where it’s easier to start a wellness company than ever before. This is what goop understands so well: attention matters more than anything else.

It all started as a newsletter. In 2008, Paltrow wrote a weekly out of her London kitchen. You may not remember it, but newsletters were kind of a hot topic then (as they are again now). Daily Candy had just been purchased by Comcast for $125M. Paltrow brought celebrity to the endeavor, and goop quickly grew to 150,000 subscribers.

She launched the site in 2011, with a focus on food, lifestyle, and, increasingly, wellness. By 2014, the press noted a slide towards increasingly recommending radical and controversial wellness practices.

2012 to 2016 was a watershed moment for online publishing: the age of the Facebook newsfeed. Publishers like Buzzfeed were first to the scene, learning first how content could go viral, and later how content associated with controversy or identity could go super-viral. An entire age of publishing followed; the traffic from Facebook’s newsfeed seemed unlimited.

An article that’s dead wrong, but controversially so, would spread farther and wider than good, sound advice. As subcultures sorted out via social media, loved-by-some, hated-by-others content was king. Intentionally or not, goop mastered this. Their people – the aspirationally wellness-focused, distrustful of mainstream medicine (or perhaps authority in general) dug in, boosting the signal in spite of those telling them goop’s advice was foolish or even dangerous.

By 2016, the smartest media brands were “pivoting to commerce”. The proliferation of cheap social media content had lowered advertising rates for everyone, and with the election of Donald Trump, Facebook began turning down the dial on publisher traffic. The idea now was to take the trust of a media brand, and use it to sell products to that trusting audience.

While goop first launched products in 2014, the 2016-onwards period is when this part of their business clearly picked up, so much so that by 2017, revenue had tripled year over year, and product revenue went up 6x. The company raised a $50M Series C investment round in 2018.

Outside of Amazon, eCommerce has two major drivers: SEO traffic, and loyal fans on Instagram. Goop, partly through controversy, partly despite it, grew both in spades.

Links and press mentions drive SEO traffic. In 2016, goop.com had just over 10,000 “Referring Domains”, meaning websites pointing links to them, according to the SEO tracking company ahRefs. By 2022, that number was up to over 60,000.

You’ll notice I stopped linking about half way through that list, and that is the point. Google doesn’t discriminate between good press and bad press. Every denunciation of goop, every press mention, every link back, just makes them stronger.

One of the original theses of the internet was that, with global scale, if you could find 1,000 true fans, you could make a living.

For brands in the post-social, post-SEO age, a similar corollary seems to take hold: with 100,000 true fans, you can employ multiple monetization strategies to get as much revenue out of them as you can. Goop is there now – with the website, social followings, newsletters, podcasts, video, all selling products and pumping advertising, alongside events, brand collaborations, branded merchandise, even cruises.

Here, controversy is the filtering mechanism. Controversial takes seek to weed out the true fans, the people who will follow you anywhere. After all, if you believe Vitamin D is the key to vaginal health, you might then believe you need an infrared sauna for your home, and now you could be a good prospect for a $5,700 wellness summit or to turn your vacation over to goop.

The Business Lessons of Goop

For all else that can be said about it, goop is very much a pioneer – of celebrity-led media, of media-as-consumer-products, of wellness generally. Intentionally or not, as the paradigms of the internet have changed over the last decade, goop’s strategies have changed right with it. The through line across all of it – you can love them or hate them, but you can’t be neutral. In a world of unlimited information and limited attention, that’s all that matters. 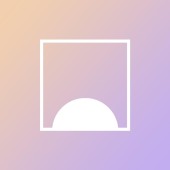 The Unwinder's Wellness Insider Newsletter is published every other week. You can sign up at https://the-unwinder.com/newsletter/